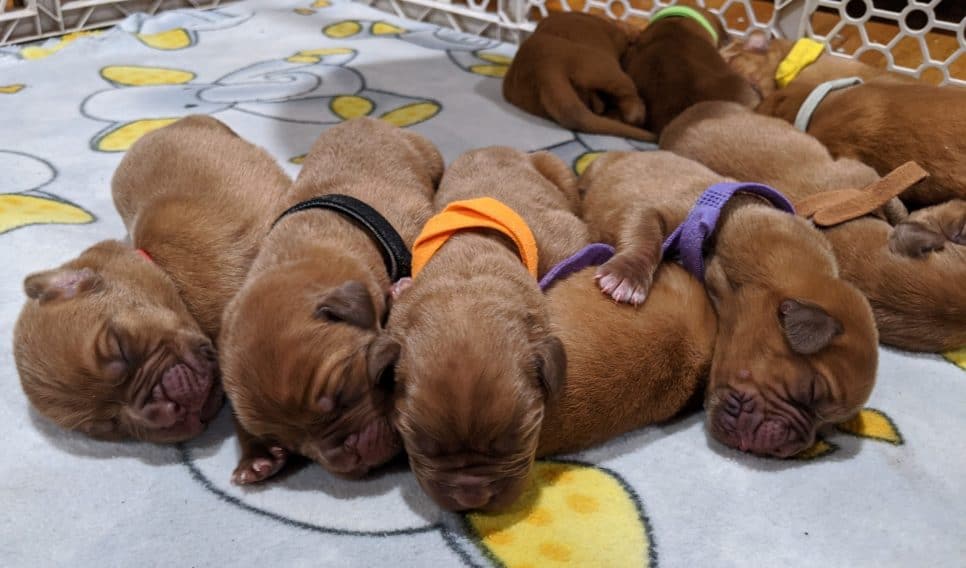 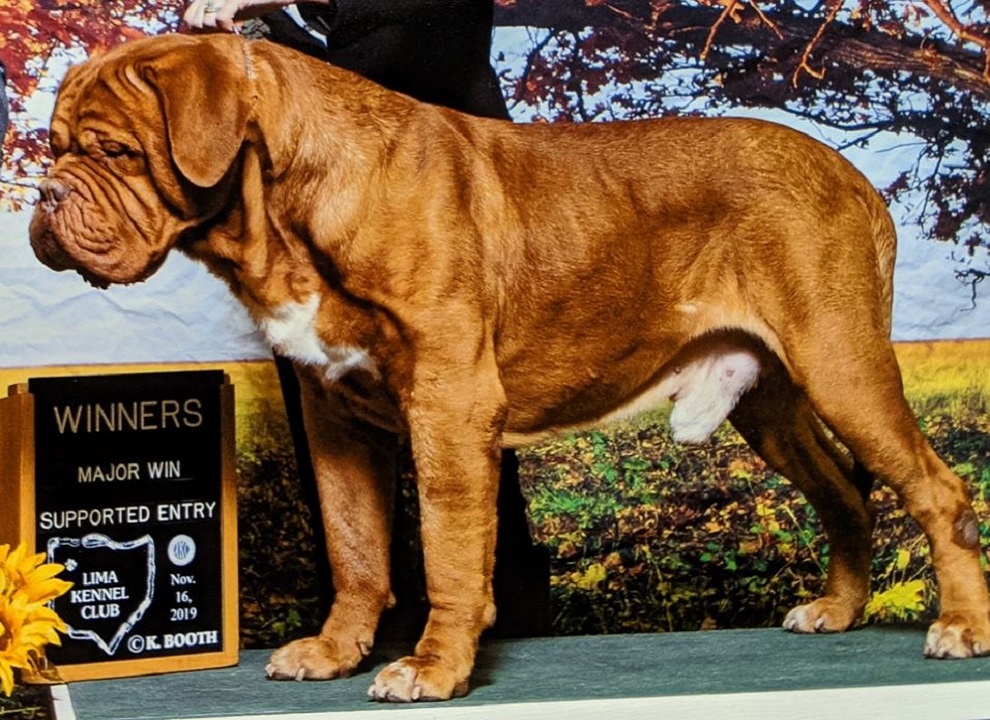 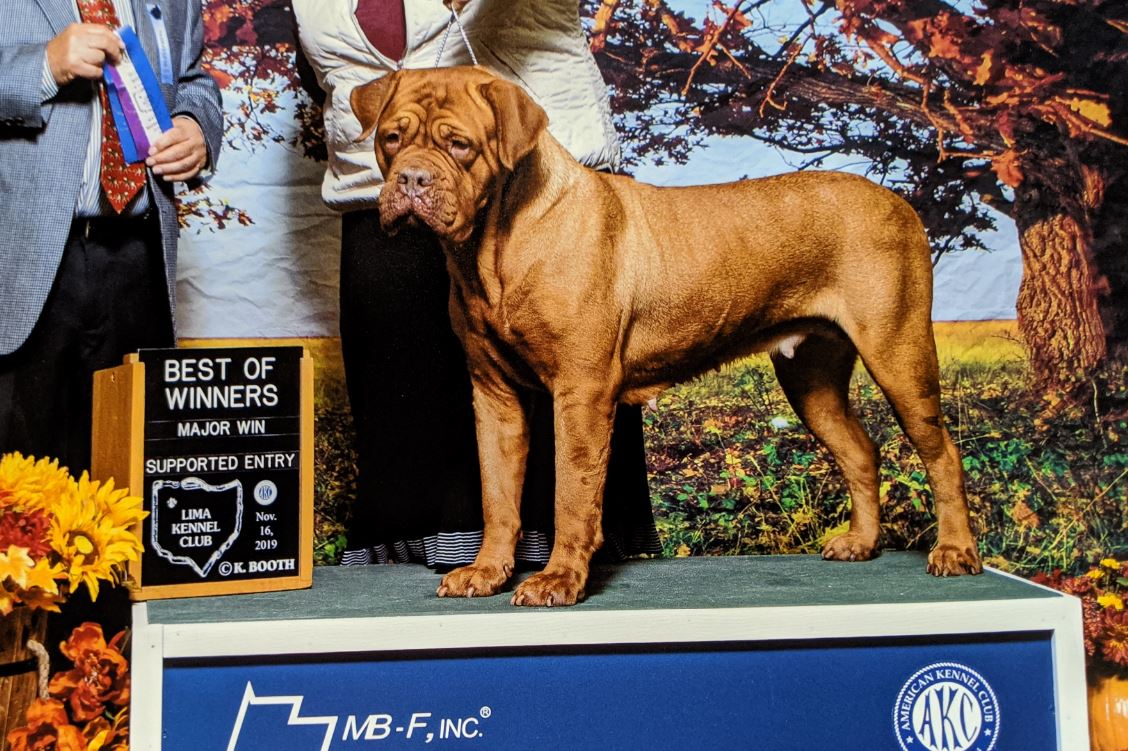 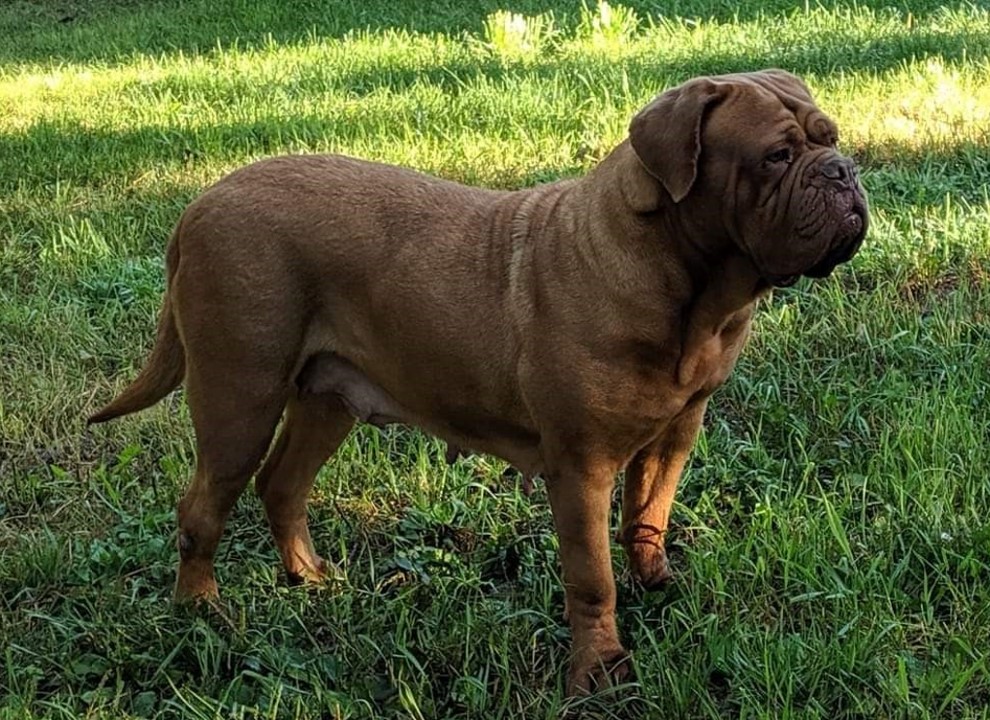 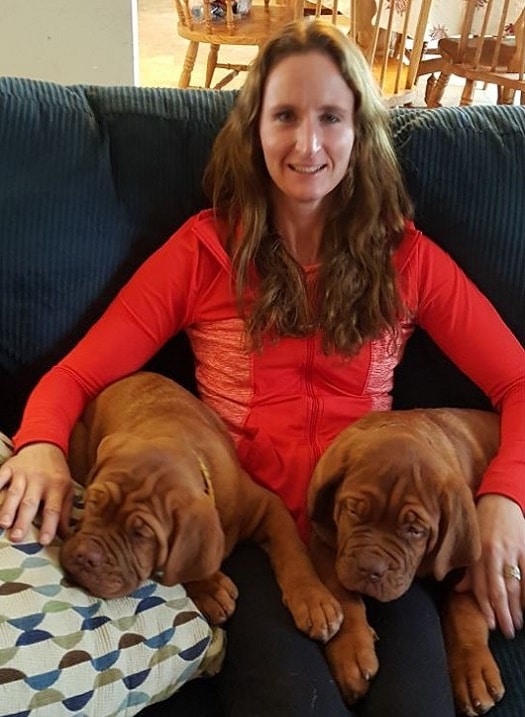 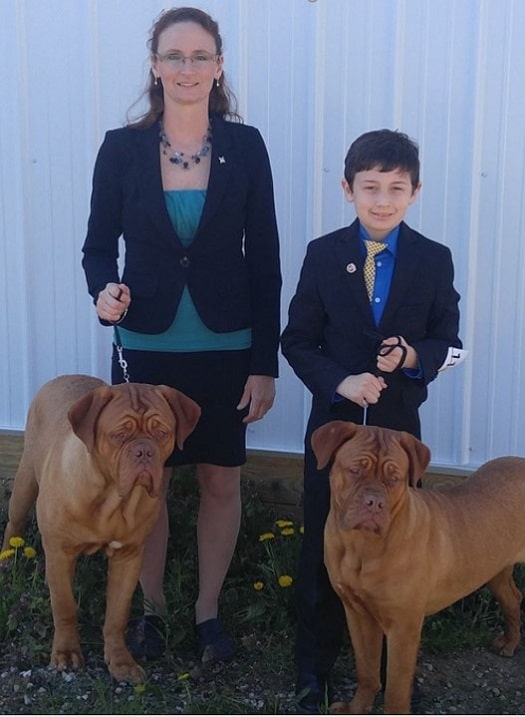 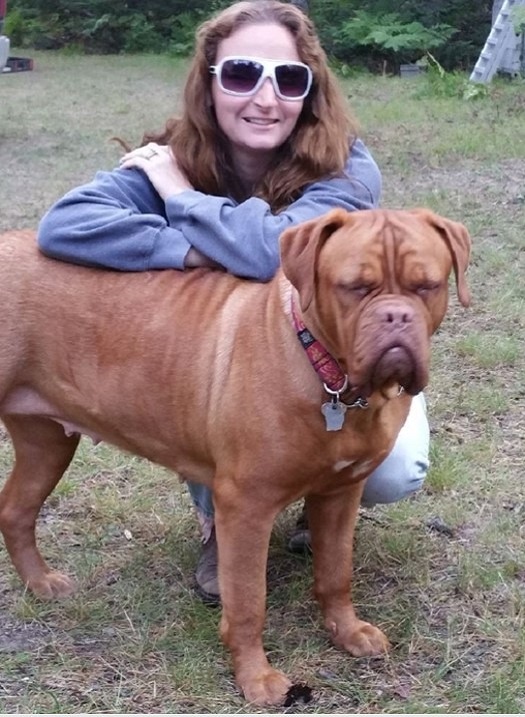 Welcome to our page,

Hi there, we are the Bloom’s, lovely family of four, hard working people who have great Passion for what we do.

In the middle of Michigan deep in the peaceful country is where we live and raise our dogue’s.  We drink our coffee on our porch in the morning overlooking our back yard where we raise, train and play with them.  We are one with our dogues enjoying the quiet and breathtaking nature around us.  As the founder of Bloom County Dogue De Bordeaux, I am proud to say the the whole family participates in running the kennel, raising, training, and showing our dogues.

It all started when I met my husband.  Sharing the same Hobby showing dogs.  He showed Great Dane’s at the time.  Both of us were drawn to the Bullmastiffs, and Whippets, then Dogue de Bordeaux.  The Bordeaux is my breed of heart.  We never know how to explain it, but they have this spell on your heart.  We have been breeding, raising, training and showing dog’s since 1995.  Our family has all ways owned and operated are own businesses.  Towing truck, Used cars, Verizon store’s business, and now our new kennel and pet supplies store.   To say the least, we are hard working entrepreneurs, providing value in the field we love.

When it’s finished our 20×80×16 licensed kennel, will be fully heated, air conditioned, running water, septic, and both indoor & outdoor kennels.  We have large areas for our dogue’s to run and play, nature paths for long walks, a grooming room, a pool for hydro workouts, a separate birthing room, and lastly a recovery room in case one of our dogue’s gets sick.

Showing dogs is a sport.  It’s great to do with your dog and family.  We show in confirmation.  It’s based off the structure and movement of your dog.   Not all dogs are show dogs.   We health test are dogs to help the breed live longer.  To provide healthy happy well-adjusted dogs for are program.  Also, for the family’s that give are dogue’s a happy loving home.

The best part about getting a dog from our kennel is you can board your dog here with us.  Relax on your vacation worry-free.  Our clients are family members.  We keep in contact and always enjoy photos.  Loving and raising animals is our passion.  Our female dogs whelp and raise their young in our household.  So, they are brought up in a house environment.  NOT backyard garage or shed.  Health checkups and proper socialization for our future offspring are the most major crucial part of a puppy’s future.  Our kennel is Raw fed providing a great foundation for your puppies to start on.

We hope you call to make your appointment with us. To bring home your new family member.

Bloat, or gastric dilatation and volvulus (GDV), is a serious concern in the Dogue de Bordeaux. Owners should educate themselves to recognize the signs that bloat could be happening, and know what actions to take if so. Heart disease, cancer, orthopedic issues (such as hips and elbows), and epilepsy are also issues of concern in the breed. Responsible breeders will screen their stock for conditions the breed can be prone to. As with all breeds, a Dogue de Bordeaux’s ears should be checked regularly for signs of infection, and the teeth should be brushed often.

The Dogue de Bordeaux should be fed a high-quality dog food appropriate to the dog’s age (puppy, adult, or senior). Some dogs are prone to getting overweight, so watch your dog’s calorie consumption and weight level.

To avoid strain on developing bones and joints, the young Bordeaux should be limited to low-impact exercise until at least 18 months of age. They should not be overexerted and should not be allowed to run up and down stairs or jump off of surfaces higher than their back. Swimming is an excellent exercise for Bordeaux of any age. An older Bordeaux can work more strenuously, including doing jobs such as pulling carts.

Socialization and early obedience training is an absolute MUST. The Dogue de Bordeaux is a sensitive breed who requires trust, and a rough trainer or heavy-handed approach should be avoided. Discipline should be firm and consistent without being harsh.